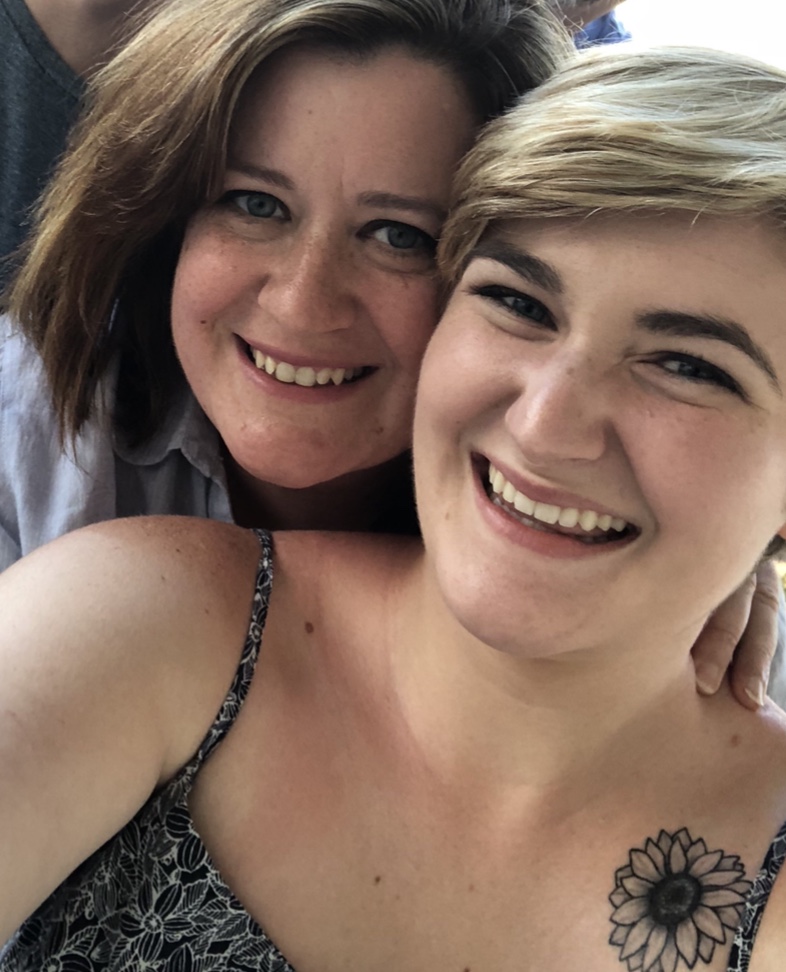 In 2017, I watched my daughter, Kat, sit on stage ready to be baptized. A woman who was standing next to her said in front of the whole audience, “One of my favorite things about you is the energy and the light that you have in you for the kids. You’re there every Sunday, worshipping and leading a small group. It is my honor to baptize you today.”

I was so proud of my daughter that day. She was 15 and passionately devoted to God and her church. I was glad to be in a church where the senior pastor, Andy Stanley, once preached that the “church should be the safest place on the planet for gay teens.” I couldn’t have expected then what would happen a year later.

Last June, my daughter showed up to church to lead worship in the elementary environment. The same woman, Christy, who had baptized her told her that morning that because she had come out as gay on Instagram, she could no longer serve in leadership, meaning she could no longer be a worship leader or lead her second-grade small group. She was, however, allowed to volunteer in other ways, such as handing out flyers and working in the parking team -- just no leadership roles. Our daughter was crushed. Kat had felt called to work with children (she’s currently working towards a degree in pediatric oncology) and to sing, and she felt that the church had just taken her purpose away.

What followed was the worst three months of our lives as parents. She went from a happy-go-lucky girl to someone who had suicidal thoughts and needed to be watched over 24/7. She’s much better now, but it was devastating then for her to lose her sense of purpose and all of her friends. My husband, who volunteered as a technical director there, and I, who worked with 3 to 4-year-old kids in the church, lost our friend-groups as well.

The loss was doubly painful because we moved to Georgia because we had felt called to be in this church. We started attending Andy Stanley’s church in the late 1990’s. We spent a decade in his church before moving to Massachusetts for my husband’s work in 2009. We would drive for 20 hours down to Atlanta for Christmas and Easter services; we watched Stanley’s sermons online every week.

Five years ago, my husband was offered a choice to relocate to anywhere in the United States. We picked Georgia because of North Point Ministries. We attended Woodstock City Church, where Stanley’s sermons were beamed in every Sunday (NPM has six churches across Georgia). Our entire family’s lives revolved around our church, including Kat’s. Every Sunday, she would go to church to lead worship at the 9am service, lead a 2nd-grade small group at 11am, then worship at the 1:30pm adult service, and then finally attend the high school service at 4:30pm. She “hosts” a bible study in her car before school and writes an inspirational Christian blog.

I’d always been affirming of the LGBT-community. A few years ago, I heard Andy preach that the church should be the “safest place for gay youth.” These words were music to my ears. I had always wondered if my views lined up with my church on this topic and I finally felt I had clear confirmation that we were on the same page. I had also heard him preach a sermon incorporating a story about a gay couple who volunteered at his church. I never felt a need to ask further questions back then.

Before I knew my daughter was gay, my husband and I had already assured her and all our children that we would be a safe place for them if they did come out. We even offered to house any of their friends who might need a safe place to crash after coming out to their parents. So when she did come out to us in February 2018, it was a fairly nonchalant affair. She told her close friends and even her small group in church, and everyone was amazingly supportive.

Things changed in June 2018. Billboard Magazine was doing a series about celebrities who had come out, and Kat decided that she wanted to come out publicly on Facebook. She posted a beautiful “love letter” to the gay community and for the first time publicly declared that she is gay. It was part of a campaign for PRIDE month and I couldn’t be prouder of the words she wrote. The comments she received were so positive and uplifting.

She received no negative feedback until she attended church the next weekend, where she was told she could no longer lead at North Point Ministries. She felt disowned by her church family. When her birthday rolled around in August, no one from church -- her main community -- celebrated it with her.

The leaders at our church gave various ‘reasons’ why she could no longer lead. One person on staff told her that it was for her safety that they didn’t want her to lead, as they did not want anyone who was against gay people to confront her at church. When Kat responded, saying, “I will have to deal with this my whole life, I don’t mind dealing with it,” they told her that these confrontations would take the focus away from what they were trying to do at church.

The pastor of Woodstock City Church, Gavin, wrote to us in late July that “in most of our leadership volunteer positions (small group leaders, stage, etc.), when a person goes through a significant life change moment (as Kaitlyn is doing), we often ask them to step away for a season for their own health.” I told him that I did consider my daughter’s coming out as a “significant life change,” but it was a “positive” one that should be celebrated. “As far as I know the church doesn’t have you take a break when you get engaged, married, find out your expecting or buying your first home. Why would they?” I replied.

Gavin responded via email* more than a week later with his rationale for why he had to ask my daughter to step away:

"Your daughter’s public pronouncement can be celebrated by family and friends. But if we ignore it or pretend it didn’t happen publicly, we potentially will cause others to stumble: other volunteers who are still exploring faith, other parents who don’t agree or understand, and other kids who aren’t ready for this conversation.

"If I could say it this way: This is so much bigger than your daughter. Paul believed it was way bigger than him, too. This is as big as our mission and the Kingdom, and anything that could cause our mission to suffer is always considered. Sometimes that feels deeply personal. But I would ask you to consider if it’s worth taking this stand and continuing to volunteer in the exact same position if someone else’s faith would struggle or never begin." (bolding is my emphasis)

Once I realized he was implying that our fight for our daughter would cause other people to lose their faith, and he was implicitly asking us if we wanted that responsibility on our hands, I stopped communicating. I was done.

I do not know why “the safest place in the world for gay teens” has a policy that will not allow gay people to be in leadership. I do know that if I knew about this policy of North Point Ministries, I would not have started going here twenty years ago. I feel misled by Andy Stanley; he was not only lying to us, he was deceiving gay people in his church. My daughter thought her church was a safe place to bring her gay friends, and she still feels guilty for having exposed her friends to that church.

I met with Woodstock’s leadership to let them know that their policies needed to match their preaching, and that if they weren’t going to let gay people in every position then they needed to be clear about that upfront. I was told that it was because of my daughter’s choice to come out publicly that the church’s hands were tied so they had to enforce their policy.

After the last communication with Woodstock’s leadership, my family and I, with broken hearts, began the search for a new church. We’ve since met amazing community and my daughter has found a new place that encourages her to use her gifts. She’s dating someone, and we have found joy in ways we did not expect.

I only hope that North Point Ministries will understand that while they may have ‘good intentions,’ to be unclear is never the loving thing to do. It only causes harm.

(North Point Ministries is scored as Undisclosed for LGBTQ Policy and Women in Leadership Policy on our database.)

--> Take Action: Tweet to request Clarity from North Point about its policies.

*Due to the controversial nature of this post, and in an effort to deliver complete clarity, we are publishing the actual emails referenced in this story so that its veracity cannot be disputed. It’s simply too important of a story to leave any room for doubt as to what took place.