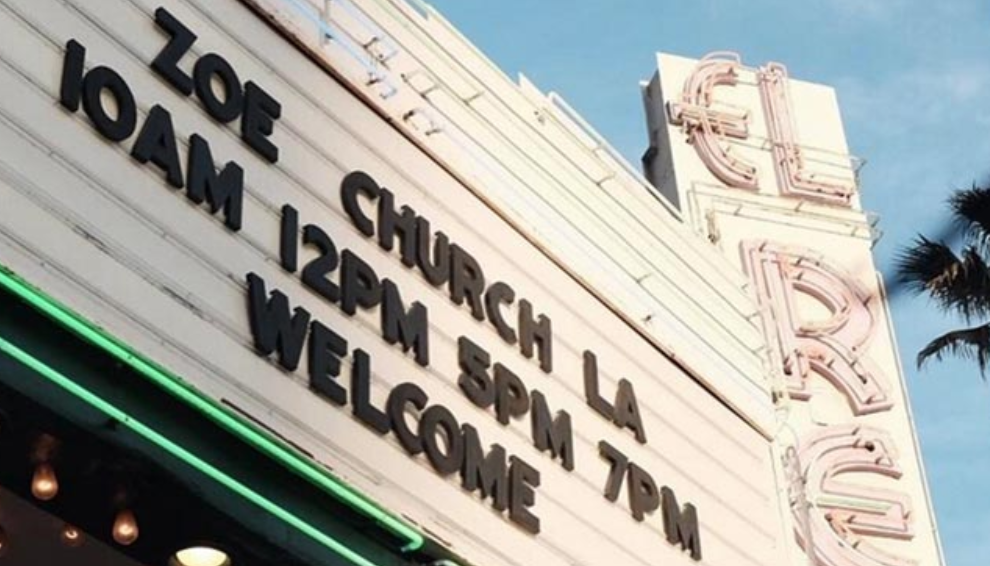 Zoe Church is home to a number of celebrities: Justin Bieber (again), Ashley Benson, Chris Pratt, Katherine Schwarzenegger and Maria Shriver. It is led by Pastor Chad Veach. The church was profiled in The New York Times in May 2018 by journalist Laura Holson; the article was headlined, “This Preacher Would Be Happy to Share Your Bowl of Acai.” Of course, no mention was made of this church’s LGBTQ or Women in Leadership policies.

This post is the second in a four-part series we are doing on the policies of Celebrity Churches; we’ve previously covered Hillsong NYC.

Church Clarity defines policy in this way, from our FAQ:

That said, you’ll notice that our Church Clarity entry for this church has this note:

The church's pastor served as executive producer for a film that refers to "same-sex attraction" as "sexual brokenness." He has also stated in an article that he does not like to talk about controversial issues like "lifestyle stuff" because they are a distraction from the message of Jesus.

We’ll leave it up to you to draw your own conclusions about what this means for Pastor Chad Veach’s policies. You’re smart. We’re sure you can figure it out.

Although we do note relevant press articles in a church’s entry, as we did above, we do not count press reporting in our scoring for a few reasons. The first is that our unit of analysis is primarily the church’s or denomination’s website; we are evaluating if and how those websites communicate their policies. The second is that press reporting can be dated and a bit subjective; pastors can be misquoted or quoted out of context. So while we have started to count pastors’ statements in our evidence base, we draw the line at pastors’ quotes in press articles.

Additionally, on February 8, 2019, we were emailed a PDF which was entitled, “Zoe Church Doctrine of Faith.” In it the PDF states:

“We believe in the sanctity of marriage as established by the Holy Scriptures, that God created marriage, and that the only legitimate marriage is the joining of one man and one woman.”

This PDF was sent to us by someone who had emailed info@zoechurch.org to ask about their LGBTQ policies. This person received the PDF from that email address as a response, and then sent the PDF to us.

We reached out to Zoe Church via Twitter and email to confirm if this PDF was theirs but have not received a response.

b)    Zoe Church: Women in Leadership

We could not find a Women in Leadership policy on their church website, nor could we find a page listing the leadership team.

That said, we did find a Calendar event on the church website that states “Pastors Chad and Julia invite you to join us for our second annual Pastors Gathering!” According to Zoe Church’s YouTube page, Julia Veach has preached twice in the past nine months (as of November 6, 2018). And in both those times, she is described in the caption as “Pastor Julia Veach.” Needless to say, no one should have to do this amount of research to figure out if women can preach—Zoe Church’s policies for women in leadership are terribly difficult to find and unclearly located. So we scored this church, Unclear_Egalitarian.

This post is the second in a four-part series we are doing on the policies of Celebrity Churches; we’ve previously covered Hillsong NYC. The next one is Vous Church.