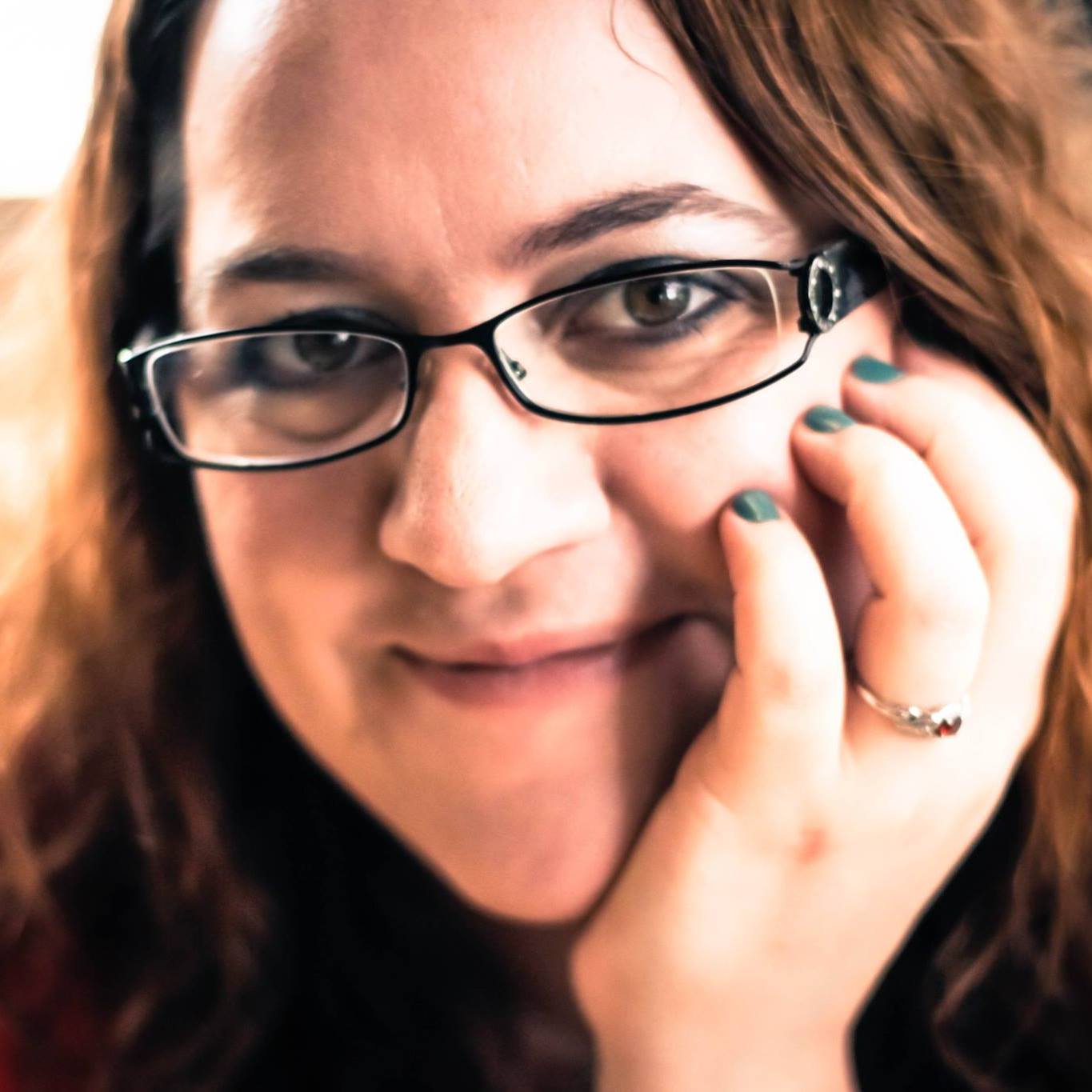 Rain City Church (RCC) is an independent, non-denominational church in Bellevue WA, started in 2011 by Jesse and Marisa Butterworth who regularly said that they wanted to start “a church for people hurt by other churches.” As their website states, “We actively invite and pull up a chair for the people who’ve been hurt by churches, or feel marginalized and oppressed.”

I had been attending RCC for a couple years when I realized in 2013 that I was bisexual. I had fallen in love with and became engaged to my best friend; she had been out as a lesbian before we met, and her conservative family and church disowned her when she came out. At the time we met, she was calling herself bisexual and exclusively dating men. A few weeks after she proposed to me, she broke it off, saying she couldn’t tell her family and church that she was dating women again. Our breakup left me feeling heartbroken and devastated, but it also helped me realize that if I had fallen for one woman, it could happen again, and I knew that choosing to be a closeted bisexual was not an option for me. I did not want to live in fear of what might happen with my church if I dated another woman, so I came out to some trusted staff at RCC.

After sharing my story I told them that I needed to know if RCC would be a place I could still call home if I ever chose to marry a woman. I was told that I would probably never be allowed to be on staff if I was in a same-sex relationship, but that I could serve anywhere and continue to be a member in full standing if I married a woman. I was told that my future spouse and I could have a place at RCC no matter what. I was even told by RCC’s senior pastor that how my ex-fiancee was treated by her church and family was unacceptable and would not be how I was treated at RCC. This was what I needed to hear.

In October 2013 my pastor gave a sermon about “LGBT inclusivity”, declaring that RCC would be a “safe space” for the LGBT community. The sermon, entitled “Homophobia Stops Here!”, is no longer available on the website, but it can be accessed here through the internet archival records. He said RCC would be different than most churches and accept the tension of having people within our congregation on both sides of this issue. This made me happy as I never intended to attend a church where theological conformity was required.

This sermon gave me the reassurance I needed to start coming out to more and more people and I found most of them to be comfortable, if not accepting of me. My choice to hold firm in my faith while being open about my bisexuality challenged some people, but everyone was polite and respectful. I encouraged other LGBT Christians I knew to attend RCC with me. I often talked with my pastor and other board members about what was going on in evangelical Christianity nationwide regarding LGBT issues.Some RCC staff attended the 2015 Gay Christian Network conference in Portland and told me they found it to be really informative and good. RCC also gave money to those trying to help further LGBT inclusion in the church. I felt accepted, and supported, even though I knew not everyone agreed with me or my beliefs. I was very involved in RCC: I served on the tech/set-up team two to four times a month, requiring me to be at church a total of eight to nine hours a week. I started giving money, ten percent of my weekly income, plus a few hundred for the end-of-year giving campaign or when special needs came up. I also became involved in several growth groups during the week.

About a year after my pastor’s sermon about LGBT inclusion, during a conversation after church, my pastor said to me, "I know that one day I will be asked to officiate a same-sex wedding and I don't know what my answer will be." I told him that I didn’t know when it would happen, or what the gender of my partner would be, but that I’d love to one day ask him to officiate my wedding. His reply was "I would be honored to Chandra, no matter who you marry."

Eight months later I became engaged to the women who is now my wife. We waited about a month before I emailed my pastor to formally ask him to be our officiant. He didn't email me back immediately; in fact, I didn't hear back from him for about two months until he asked to see me and my fiance in person. When we met, I knew what was coming. He apologized and said he couldn't officiate our wedding. He said he spent the previous couple of months praying and talking it over with the board of the church and he felt officiating our wedding would create a split in our church. He said he was sorry, then suggested that another local church, who had just announced they were affirming, might be a better fit for us.

I told him that I didn't want to leave RCC over this. That I respected his decision, but I still wanted to be part of a church which was walking these issues together, even with differing points of view. I believed the conversation would continue, as it always had. I saw this as a setback, not the end of the conversation altogether. But after our meeting, there was a shift in the way I was treated at RCC. Most of the staff who had previously been willing to openly talk about LGBT issues and the church stopped engaging in conversation. I was my church’s go-to person on all things LGBT-related; for instance, when news about World Vision’s decision to not hire LGBTQ employees broke, people at church told me how “shitty” it was that a bunch of straight people were making decisions for others. But when it came to my personal life, decisions about me were made behind closed doors, without my knowledge or input. I felt betrayed, frustrated, angry, and abandoned by a church who claimed its mission was to be a safe place for those who have been “hurt by other churches.” Still, I stayed as I worked through my grief and continued to hope things would eventually move forward in some way.

Several months later my pastor was giving a sermon imploring RCC's newest members to be "all in" with RCC. This made me even angrier, and as I sat with my anger for the next couple of months, I realized I was angry because I had already given so much, risked so much, and I was being asked to continue to give my all, even though RCC would never be “all in” with my marriage, nor would it be 100% safe for me to continue to be vulnerable. So I made the decision to leave.

RCC does not specifically define its policy on sexual orientation. If you take a look at their website they call “sexual orientation/identity,” a "secondary" belief, as opposed to a “primary” belief; other listed secondary beliefs include: political views, gender roles, and consumption of alcohol/tobacco. Secondary beliefs are beliefs in which there is “disagreement” within the church and are approached with “grace,” “civil discourse” and “thoughtful & prayerful biblical interpretation.” (This language has been on their website, to my knowledge, since 2013).

In looking back, what hurt the most, what made me most angry, and made me feel most blindsided was their lack of clarity. RCC's lack of clearly defined policies allowed them to, on one hand, lament the oppression of LGBT people, and, on the other hand, contribute towards it, specifically towards my wife and me. In addition, without clearly defined and written policies, there was no way to encourage accountability when staff faced tough decisions, like what to do when a woman engaged to a woman asks a pastor to officiate their ceremony.

There is no sinister intent behind RCC's decision to label LGBT issues a "secondary" belief. RCC is filled with loving people who hold many different points of view on LGBT inclusion in the church. But the lack of clarity in overall church policy has given way to maintaining the status quo regarding LGBT issues in the church, which effectively casts aside people like me once we are in serious relationships and makes us casualties of a war we didn't choose, in a place which we were promised was safe. For me, that is more painful than churches who outright state that my marriage isn't biblical and believe I cannot be right with God because I am married to a woman.

For any church, non-affirming, affirming, or third-way, to be fair to Christians who care deeply about LGBT issues, policies need to be clearly defined, thought out and written down so congregations can hold leadership accountable. It's not just fair; it's the right thing to do to cultivate integrity.

In the end, my wife’s uncle officiated our ceremony, and it was perfect. Our faith continues to grow each day, we have weekly Christian community, even though we have yet to return to a more formal church. My wife, also a pastor, and I have hopes and dreams of starting our own church one day, a church which is built from the ground up on inclusivity and diversity. For now though, we’re enjoying being newlyweds and living happily ever after.