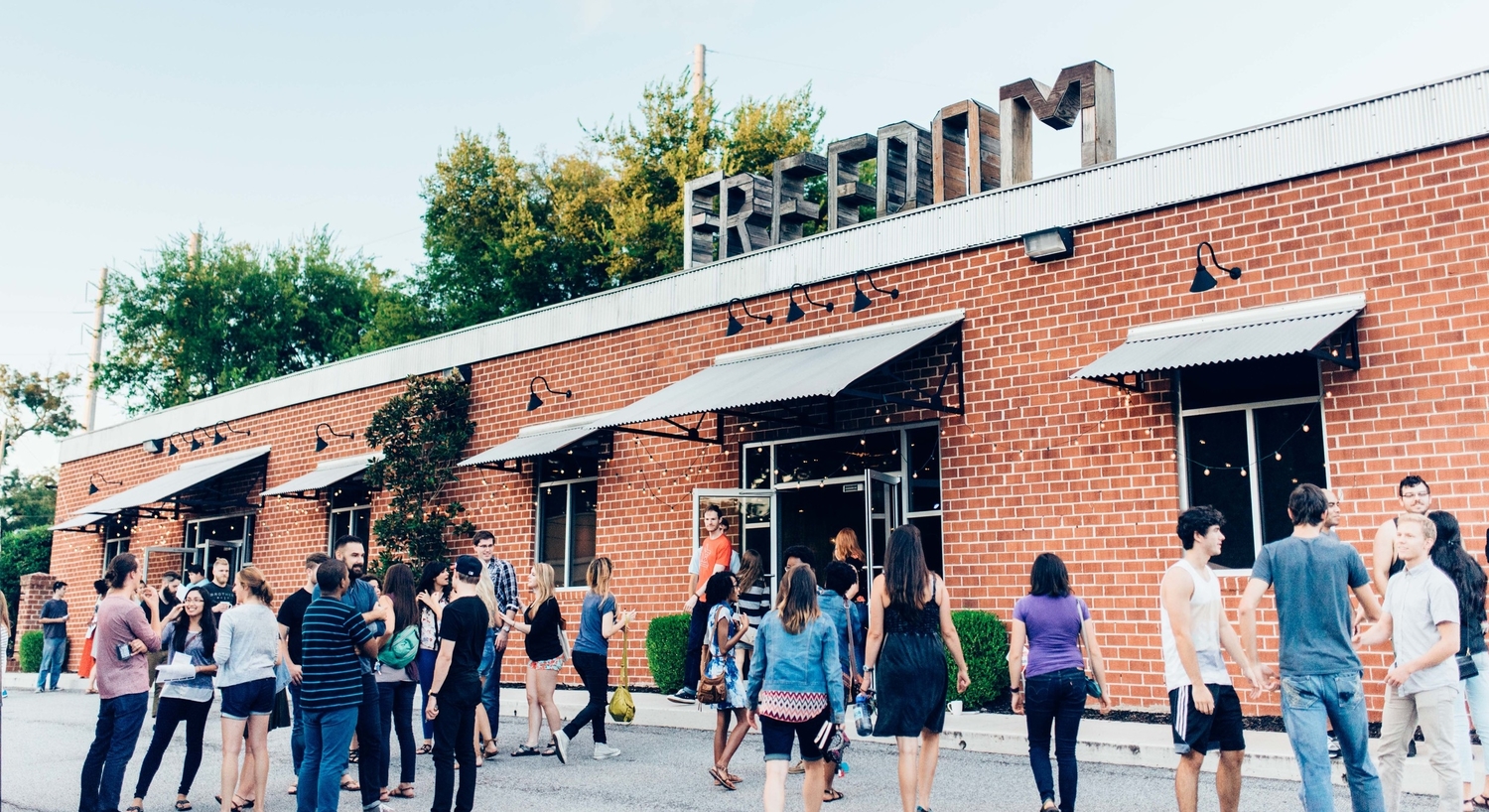 Kevin Garcia is was attending a popular Atlanta area church known for being welcoming of everyone. But after investing years of his life into the life of this church, it turned out there was limit to how he was allowed to participate, despite his pastors assurances otherwise.

I started going to Grace Midtown Church in Atlanta before I had even come out. I was just working my way through my own coming out process, and I wanted to find a church that looked and felt similar to the tradition I’d come from. Grace Midtown fit the bill to a tee. Pretty hipster, a splash of pentecostal expressiveness, a stellar band, and preaching that actually made me excited to be a follower of Jesus.

I felt welcome by everyone I met. I never felt like I had to hide any part of who I was. Plus I knew other queer people who already went to this church. I thought, for sure, this church was a safe place for someone like me. They never said anything about gay people or anything related to LGBTQ+ issues, so why would I even think to ask? Don’t actions speak louder than words?

After attending the church for a few months, I decided to commit to this community.  Since I had grown up in the church and had led small groups and bible studies, naturally, I wanted to exercise those gifts. So, like every other member, I followed what seemed to be the procedure.

Talk with a leader.

Before the final membership class, I shared with one of the volunteer leaders that I was queer, and I asked if he thought it’d be a problem. He told me that I should speak to the pastor who was over the small groups and discipleship. That’s when my heart sank. I thought for sure this meant Grace Midtown had a policy around LGBTQ+ participation and that they just didn’t talk about it. But much to my surprise, in that subsequent meeting with that pastor, I was told that I’d “never hit a glass ceiling.” I was told that my story was important and that he was excited that I was choosing to be a part of this community.

And I was ecstatic. This was my green light. I was a member just like anyone else at that church.

After a few stellar weeks of co-leading a house church, I was asked to come in for a meeting before Sunday evening service. My pastor, the same one who just weeks before told me I’d “never hit a glass ceiling,” broke the news:

“We can’t let you lead because that would mean the leadership is making a statement that we aren’t prepared to make yet.”

‍I sat there very quietly, holding in a mix of rage and anger and confusion. This was my nightmare. Why was I told one thing, and then another thing happening? I was hurt and heartbroken and angry. I felt like someone had stabbed me in the back. It was probably the shards of glass in my back from that ceiling I had just pierced.

But I was, always have been and continue to be, someone who is deeply committed. So I told him that I would still stay at this church if he could assure me that this wasn’t the end of the discussion. We preached from the pulpit that we were a church of pioneers, going where God was leading.

I felt that I could help lead a conversation towards something better, something more inclusive of LGBTQ+ people. After all, we were already having conversations around women’s equity, racial justice, immigration, poverty, and how we relate to our Muslim siblings. Why wouldn’t the LGBTQ+ question be included in that list?

For the next two years, I had coffee dates with pastors, lunches with lay people, and countless after-church dinners with other queer Christians at this church. Being that Grace Midtown Church is situated near Atlanta’s gayborhood, my friends and I saw an increasing need for pastoral care and community for queer folks. These needs weren’t being met or addressed by the leadership. And so we did what they preached:

Become the community you want to see.

Be pastors to one another.

Use the gifts that God has given you to build the Kingdom in this city.

So in the summer of 2017, my queer friends and I decided to start another house church, knowing full well that this wasn’t going to be an “officially” recognized house church group alongside others. Regardless, I still sent an email to the staff to let them know of our plans, and I had breakfast with the same pastor who stripped me of my leadership role.

Once again, I was surprised by his enthusiasm. He said that he was excited this (our rogue small group) was happening. He wanted to know how he could support it. Another pastor even opened up his home to host our small group. It felt like some real change could be on the horizon, or at least the beginning of a conversation that could lead our church toward actively discerning how to include the LGBTQ+ community.

The dream was short-lived.

Early fall 2017, rumors started circulating in our church about “the gay house church” that was lead by the “self-identifying homosexuals preaching heresy.” Emails were forwarded about us, and open letters about me and my co-leaders were written on blogs with plenty of unkind words, most of them untrue.

Right in the middle of all this, I was informed by the pastor who hosted us that the board of elders directed him not to host our small group in his home. Another blow to our already fragile group. When I reached out to the rest of the church leadership to inquire as to why this happened, I was met with a lot of silence and a lot of empty apologies void of context or detail.

The final blow came on November 14, 2017, when I finally got a meeting with the lead pastor of Grace Midtown Church.

The elder board, I was told, had come to the decision to adopt a definition of marriage as being between one man and one woman, and that sex is reserved for such a union.

Meaning that same-sex relationships and queer identities were not affirmed by the leadership or this body of believers. And yet here I was, a member of this body, being told that who I was and how I loved was sinful and outside of God's design.

Once again, I was devastated.

What hurt the most was not the decision they came to, but the way they arrived there. I was told for over two years that my life and the lives of other queer parishioners mattered. I was told multiple times that we were going to be a part of this conversation, and we never were. I was told that they wanted to listen to more stories of LGBTQ+ Christians, and not one of us were asked to share our journeys.

The first time this happened, it was a knife in the back.

The second time was a knife plunged directly into my heart, twisted, and sealed with a kiss from someone I considered a friend.

The last question I asked before leaving that meeting was if the stance on marriage and the policy they were adopting was going to be made public. He assured me that it was.

This appears to be the only promise the leadership of Grace Midtown Church kept to their queer parishioners. The definition of marriage is now enshrined in their statement of faith (their score is now Clear_Non-affirming on Church Clarity).

I withdrew my membership that day. I could no longer fight for a church that didn’t want to fight for me. And the worst part is that all of this could have been avoided if they created a consistent policy for how LGBTQ+ people could participate at Grace Midtown Church. Especially after learning from the first time they hurt a queer person.

I can never get that time back. The hurt I endured can never be unfelt. And this is just one of many stories of people suffering because churches want to be loving by being ambiguous about their policies.

Ambiguity is a breeding ground for betrayal. It is only through clarity that we are able to faithfully engage with churches in a way that is congruent with our personal convictions. Asking for clarity is reasonable because clarity is merely asking churches to tell the truth.

And rumor has it that the truth can set you free.

Kevin Garcia (they/them) is a digital pastor, content creator and hot mess based in Atlanta, GA. They graduated from Christopher Newport University in 2013 with a BM in Music Education and they have been everything from a barista to a corporate office worker to a non-profit professional since then. After coming out in the fall of 2015 as a queer Christian, Kevin has reached thousands of individuals across the globe through his writing; his podcast, A Tiny Revolution; and through his YouTube channel. Kevin believes that by telling our stories, we set others free to tell theirs.

Kevin is presently a candidate for a Masters of Divinity from Columbia Theological Seminary in Atlanta, GA. In addition to LGBTQ advocacy, Kevin’s passions include vocal jazz, tacos, and really horrible dad jokes.