Why Are Some Churches Afraid of Clarity? an interview with Chrissy Stroop 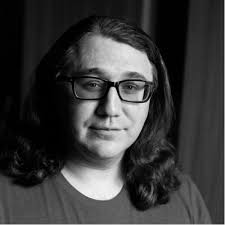 Chrissy Stroop is a writer, scholar and thought leader. She's behind several viral hashtags including #EmptyThePews, #ChristianAltFacts, #EvangelicalIntoEnglish and #ExposeChristianSchools. She's one of the originators and most vocal proponents of the #Exvangelical movement. Below is our conversation.

Church Clarity: You’re connected with literally thousands of people who have left evangelicalism. Can you describe a few of the most common reasons Exvangelicals point to for why they left? ‍

Chrissy Stroop:
In some cases, people cite evangelical Trump support as the last straw, but it seems that most active community members began deconstructing well before the 2016 election, which did serve as a catalyst toward finding each other via social media and beginning to build a community, because many of us have been retraumatized as Trump pursues evangelicals' theocratic agenda. Those of us who left often have Complex Post Traumatic Stress Disorder (CPTSD), and so it seems that the exvangelical community skews heavily female and heavily queer, although it has its share of straight white men in it too. Some exvies are people of color who grew up in predominantly white churches, with feelings of exclusion and difference often leading to a powerful understanding of how deeply evangelicalism is invested in white supremacism, how much it perpetuates systemic racism. I'd say most people in the exvangelical community are united by an opposition to the bigotry, abuse, and manipulation that are pervasive in evangelical subculture and ideology, and a robust commitment to social justice that is usually on some level personal.

People of color, women, and LGBTQ folx suffer the most from white supremacist patriarchy, and there is no more white supremacist patriarchal demographic in the United States than white evangelicals. (POC who have assimilated to this kind of evangelicalism have also signed on to an essentially white theology.) It thus makes sense that these groups would make up the backbone of the exvie community and movement. POC are a minority in the exvangelical community because the theology/subculture/ethos we're rejecting is overwhelmingly white, but they are a significant presence. I don't have any precise demographic data on everyone who identifies as an ex-evangelical or is active on #Exvangelical Twitter, and I don't suppose that such data exists at this point, but I can tell you that the Exvangelical Facebook support group, which is a safe space informed by intersectional feminism (and thus not for those who are going to reject those principles), is about 2/3 women and over 1% custom gender (no data there on sexuality or race/ethnicity).

CC: In your rough estimation, of those who leave evangelicalism, what percentage end up remaining within the church  compared to those who abandon the church entirely? What’s the biggest difference between how folks arrive at the two outcomes?

Chrissy:
It's hard to say, and this might also be a different question than how many people consider themselves part of an exvangelical community or movement. The most visible exvangelical voices on social media, however, have consistently advocated for the building of bridges between those of us who leave toxic Christianity for no religion and those of us who leave it for healthy religion, respecting each other's moral autonomy. In the Exvangelical Facebook group, which now has over 3500 members, there is occasional drama around this. It seems that in a number of cases Christian exvies think the group skews atheist/agnostic or even anti-religious, and atheists and agnostics may find the group "too Christian." If I had to hazard a guess, then, I'd say it seems that self-identified exvies break down roughly half religious, half non-religious, but we need to get some real data to be able to state this with high confidence.

CC: You encounter lots of stories about how people have been harmed by the evangelical church. How have you observed the problem of “ambiguity,” in whatever area, contribute to the harm?

Chrissy:
Recently we started the hashtag #EvangelicalIntoEnglish as a snarky but also serious means of examining the ways evangelicals use language. Being deeply concerned about appearances, as authoritarians are, evangelicals often employ a deliberate vagueness that requires some cutting through. In some cases--for example, when certain parties I know sent a letter to the umbrella denomination of a church plant, accusing the pastor of said church plant of abusing his authority and threatening their job security, before they went on to start another church plant (that eventually failed) with the same denomination--you'll never quite get to the bottom of what concretely is behind the language, of what exactly happened.

I think there are a couple of reasons for this. White/conservative evangelicalism is a fear-based faith, like any fundamentalism (and it is a kind of fundamentalism, even if evangelicals and self-identified fundamentalists differentiate themselves from one another). Ironically, the pressure in evangelicalism to conform, to be in complete ideological harmony on everything, and the concomitant fear of being identified as different (which is an ego threat and possibly a threat to one's salvation) drive people to be very cautious in how they express themselves outside of well established scripts. If there is any question that what you're thinking might not be orthodox, or that it might be seen as questioning authority or the leaders in your particular context, you're going to word it ambiguously in order to leave yourself an out. So there's that.

But of course we also see a lot of ambiguity from evangelical leaders who work hard to present a palatable face to the public. They may in fact be a good deal less ambiguous when they are addressing their own and not expecting to be observed by outside audiences, as when Russell Moore stated that feminism and pluralism are "serious problems in Evangelical Christianity today" and called them "heresy." He avoids that kind of language when addressing the broader public in a major American news outlet. People like Moore--and even the far more liberal Brian Zahnd--want to be "respectable" without changing their dehumanizing, toxic theology, so there are topics they avoid, and there are weasel words and rhetorical gymnastics they use to try not to sound like bigots.

And they're savvy enough about marketing that, as you all at Church Clarity are highly aware, they often won't even state openly on their website that their churches are not LGBTQ affirming. But when they say the "welcome all," they don't mean that everyone can have a leadership role, or full membership, or that they won't try to change you if you're queer. And they don't mean that they don't ultimately expect full ideological and political conformity. They just want to suck you in by seeming "cool" and "open" and "loving," at first, and over time they will redefine the meanings of all those terms in your head, if you let them.

I think for many of us in the exvangelical community, evangelical ambiguity has been a source of frustration and a part of our deconstruction. Many of us growing up came to feel like evangelical politics did not reflect the values we learned and that supposedly derived from Christianity. But when you try to put forth a more inclusive and justice-oriented interpretation of the Bible, you're immediately shot down, no matter how many verses you insist can be interpreted differently from how evangelicals typically interpret them. ‍

CC: Why do you think there is a resistance to Clarity in some Christian circle?

Chrissy:
They want to have respectability without actually examining and jettisoning their bigoted, inherently abusive white supremacist patriarchal, anti-LGBTQ theology. They want to be able to go on with their cult-like practices of sucking people in and then pulling a bait and switch. And /or they want to be seen as "cool" and "likable" while holding on to beliefs that literally kill people. And maybe they kind of, sort of want to change, but it's too risky and they're ultimately unwilling to challenge the system (I'm looking at you, Brian Zahnd).

CC: On the other hand, why do you think there is such deep resonance for Clarity in other Christian circles?‍

People on the more fundamentalist end of fundagelicalism often feel like the ambiguity of "respectable" evangelicalism is "too liberal," and have a deep-seated fear-based need to repeat time and again that they are super, super anti-gay.

More progressive Christians understand how evangelical ambiguity leads to disappointment and harm for many, particularly in the LGBTQ community. They understand that clarity is fair, or, as you all like to say, reasonable. Evangelicals are essentially lying when they say they welcome everyone in their churches, at least by omission. And they know that, but they operate with an ends-justify-the-means ethos, whether or not they admit it. They're afraid of scaring people away from the faith and getting the faith a bad reputation. I'm sure some of them also genuinely think they are "being nice" by not wanting to sound harsh and judgmental about believing that it's a sin to engage in any kind of same-sex romantic or sexual expression or to be gender nonconforming or trans. But those are harsh and judgmental and harmful beliefs. It's much better for the people they affect when these beliefs are known at the outset than when they're hidden. It seems to me that the difference in communication styles between evangelicals and progressive Christians also has to do with how progressives embrace consent, boundaries, and open communication generally as the best ways of treating all people humanely and equally. Evangelicalism has no concept of consent or boundaries.