Why Church Clarity Matters for "Hipster Churches" and Beyond: Q&A with Broderick Greer 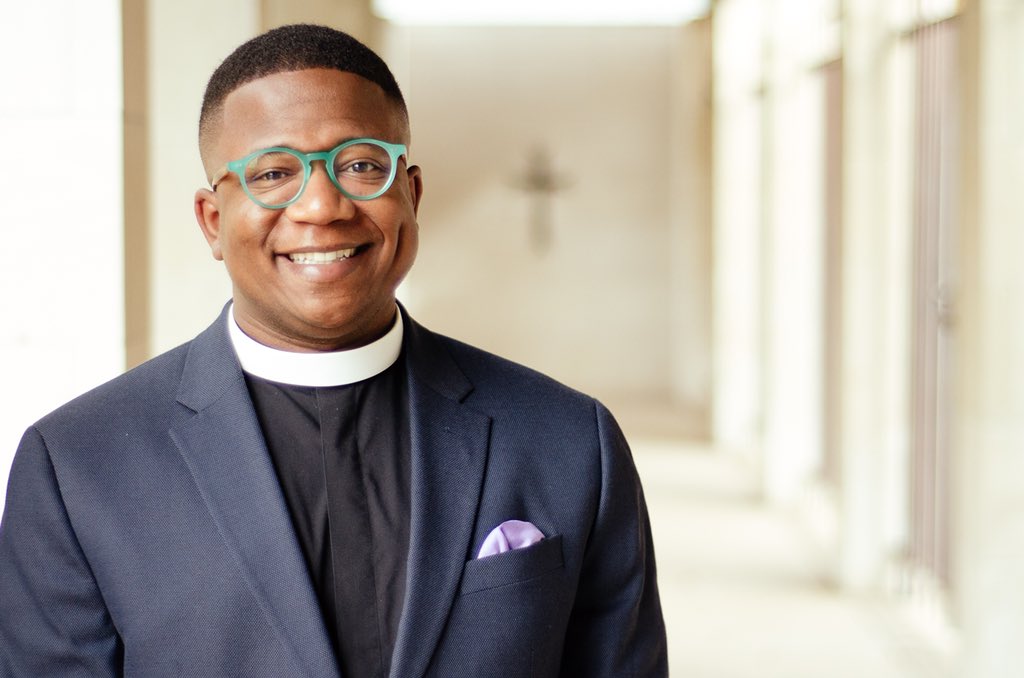 I (Sarah Ngu) reached out to Broderick Greer, a queer Episcopal priest, to have this Q&A because he's instigated a few critical conversations about the importance of Church Clarity particularly among "hipster," evangelical churches, and because I think the story of his church, Saint John's Cathedral, illustrates the relevance of Church Clarity even for affirming, egalitarian churches.

Q. You’ve started a big conversation on Twitter about hipster, skinny-jeans aesthetic churches that draw in huge crowds while holding their discriminatory policies about LGBTQ people and women in leadership close to their chest. Many people think they are progressive but, in reality, they are not (see deray’s tweet). Could you clarify for folks: What exactly is so “dangerous” about skinny jeans?

Fixating on the skinny jean dimension of the tweet distracts from the words beneath the words. It is meant as a metaphor for contemporary aesthetics - and one is invited to fill in the blank there with one’s aesthetic feature of choice - that obscure anti-woman/LGBTQ policies, bylaws, and norms in Christian congregations across the U.S. People who took issue with my tweet would not engage the serious issue at hand: There are churches in this country hold exclusionary policies towards women and LGBTQ people, but won’t be upfront about that exclusion, causing numerous people who identify as women and LGBTQ to be left rudderless amidst violent tides. My challenge to the people who took issue with the tweet: Screenshot or link to the place on your church’s website that clarifies that community’s policy on women and LGBTQ people and then we can have the constructive dialogue about this pattern of obscurity and ambiguity which we so desperately need.

Q. Relatedly, why do you think these evangelical megachurches, who are extremely tech-savvy, refrain from disclosing their policies on the primary pages of their church websites?

I think there is a sense in which they understand - even if only subconsciously - that there is a dissonance in their appearance and policies. This isn’t to say that exclusionary Christians should only wear pleated pants - as some cheekily suggested in retorts to my tweet - but that women, LGBTQ people, and other people often visit those kinds of churches in good faith. “That pastor/worship leader dresses, sounds, and seems to have the same interests as me; they must be woman/LGBTQ-affirming.” Some have claimed that I am saying people who make those kinds of judgments are incapable of critical thinking and that couldn’t be further from the truth. They, like most of us who have hearts, are often driven to a worshiping community not because its theological, social, and political viewpoints are identical to ours, but because something inexplicable about the place, ethos, and feel of the community resonates with us. It is this implicit theology of musical style, architecture, and other aesthetics that often lead us to investigate a community in the first place.

It is often after we’ve crossed the threshold of membership, confirmation, or some other initiation rite that we dive deeper into understanding a given church’s structure, traditions, theological orientations, and policies.

Q. Many mainline churches have affirming and egalitarian policies, but they also have bare-bones websites that are infrequently updated.  What do you see Church Clarity’s role is in helping them improve their communication of their policies on their websites? Relatedly, why do you think it is that a church, with affirming and egalitarian policies, might not clearly communicate those policies in the primary pages of its website?

Church Clarity is a Godsend to churches that have women and LGBTQ people in leadership if only because it gives those churches the permission to boldly announce the gospel as they’ve received it. For some churches that have women and LGBTQ people at all or many levels of leadership, the presence of those constituencies can be taken for granted after some time. And often, in many churches like that, their affirmation of LGBTQ people in particular was a direct result of the HIV/AIDS pandemic of the 1980s and 1990s, which means as some of those churches sought to reinvent themselves in the early aughts or so, they might have felt things like, “We don’t want to be known as the gay church anymore.” This shortsightedness prevents once-bold churches from continuing to lay hold to that goodly heritage of LGBTQ affirmation.

Q. How has Church Clarity help your church, Saint John’s, improve your communication? Why was it important to you that your church have clear policies listed on your website?

Just today, I was talking to a long term staff member of ours and he mentioned the number of same-sex couples who have been present at Saint John’s since the late 1980s, which means we’ve been LGBTQ-affirming for at least 30 years. I assumed this would mean our website would clearly and explicitly address that. It didn’t.

Church Clarity’s staff pushed me to dust off some corners of our website that hadn’t been updated since marriage equality reached the Episcopal Church in 2015. I attribute some of this lack of clarity to the dynamics of insider versus outsider knowledge. At Saint John’s, the insiders know we are unapologetically affirming of the unique leadership and gifts of women and LGBTQ, but just because we insiders know that doesn’t mean our neighbors know it.

Just a few months ago, the Episcopal Diocese of Colorado took a blackboard and chalk to a series of Episcopal parishes throughout the state. Saint John’s was the first. The blackboard simply read, “I wish this church would…” One crisp morning, I noticed one of our neighbors wrote, “...have my gay wedding.” My heart broke. Saint John’s has gladly married same-sex couples for years, yet this neighbor had no idea. We obviously have a long way to go in terms of articulating with precision, clarity, and passion that God in Christ made, loves, and cherishes women and LGBTQ people. We mustn’t be shy or apologetic about this crucial proclamation. Thank you for helping us find a clearer voice, Church Clarity.

Q. What would you say to church leaders who are hesitant about making their policies explicitly clear on their website, or anyone who pushes back against the idea that #clarityisreasonable?

We must always ask, “For whom is clarity reasonable?” For the cisgender, heterosexual couple unconcerned about being turned away when requesting to have their child baptized? Or for the single queer person wounded by the Church wanting to know if they will be banned from a mid-week Bible study or from the altar rail at Communion on Sunday due to their sexual orientation and gender identity? Those understood least must be protected most. Those historically spoken to ambiguously are owed clarity about a community’s desire or detestment of them. If your church excludes LGBTQ people, tell us. If your church is unclear as to how it will ultimately land on the ordination of women, tell us. If your church unequivocally welcomes women and LGBTQ people as full participants in its sacramental and pastoral life, tell us. We deserve to know. Ambiguity regarding our status as full, contributing members of the Body of Christ is not a luxury any of us has.